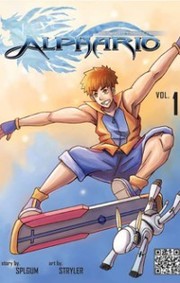 One lazy afternooon, as Dennis headed out to bboy practice, he noticed a series of posters lining a wall across the street. There were more of them when he looked around; in fact, they were everywhere. "Hmmm..." Dennis approached one of them. It was about a photo competition, and the winner gets to enjoy an all-expense trip to Japan and an exclusive tour around Shutter Technologies's main headquarters. "Big deal." Dennis wasn't into this sort of stuff. Sure, he enjoyed head-on competition from dance cyphers and sports, but online contests were just a waste of time for him. "Who wins these things anyway?" But after many, many weeks feigning ignorance despite everyone talking about it, he decided to give it a go. Shutter is, after all, one of the biggest companies in the world these days. That, and he had nothing better to do. "So why not?" Little did he know, that decision is going to change his life forever.
Show All
Lastest Chapters